The Doi Chaang Canada team just got back from a whirlwind trip to Thailand – where we checked out the latest crop of DCC beans, learned about processing, and hung out in Doi Chang village; where all of the magic happens!

We landed in Chiang Rai and began the winding journey up to the village in the morning. Our first stop was a DCO Cafe in Mae Suai, where parchment from the village is brought down the mountain, dried on patios, and stored before dry milling. Once the parchment has been dry milled, the green beans are shipped off ASAP! 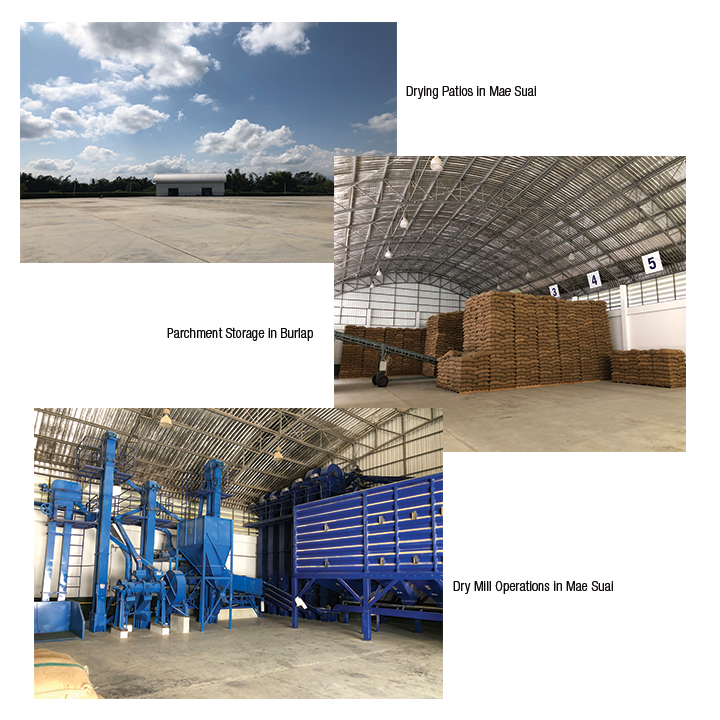 Next, we drove up the winding road all the way to Doi Chang Village, checking out the spectacular mountain views along the way. Our excitement started building as we noticed tea plantations, coffee houses and then, finally, those deep green arabica plants dotted with bright red cherries!

Our first stop in the village was the DC Caffe for a fresh cup of Thai coffee, and then we were off to see the washing station. The air was crisp and fresh 1300m up, and the washing station was even more impressive than it looks in photos. As it wasn’t running at the time, we got a full walk-through of the weighing station, the massive concrete tanks that the cherries are fermented and washed in, and the belts that take the mulch away to be used as fertilizer for new crops! Even when the station is closed, the air still smells of sweet, fermenting fruit. It’s amazing that using only half a litre of water, we can pulp 10,000 kg of cherries!

We continued on from the washing station, past Doi Chaang Original’s roasting facility, through the older, smaller washing station (which is still impressive), and to the rooms where Doi Chaang workers were hand-sorting green beans.

After a dinner filled with laughter and stories of the last ten years, we retired to bed in the guest homes, with our alarms set early to see the plantation. 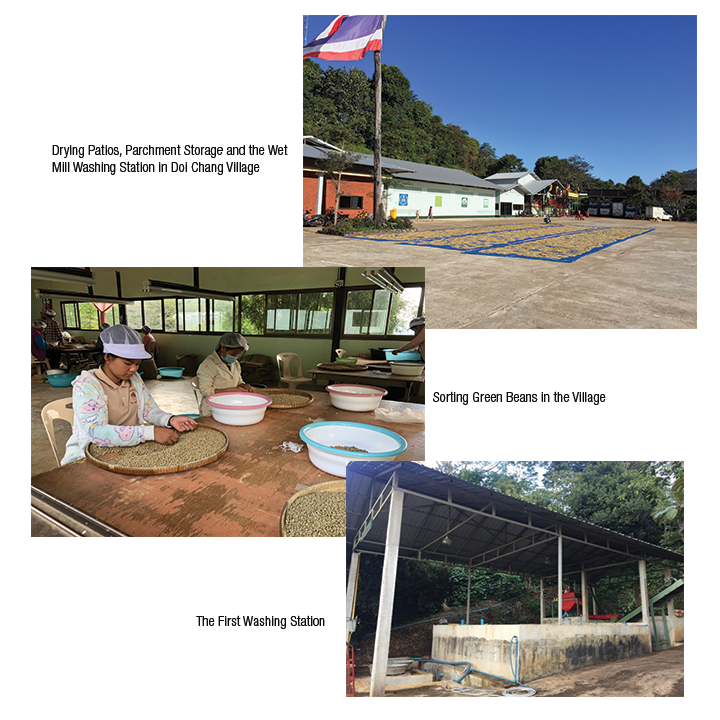 We drove up to the plantation before the sun was too hot, and the farmers were already hard at work picking cherries. Besides picking only ripe cherries, farmers have to make sure they use the right technique while picking, or the cherries will not grow back the next season. It makes that morning cup even more special to know how much hard work goes into the very first stages of coffee production, and to know that the certifications we have and the relationships we’ve created with the village ensures farmers are earning fair wages and aren’t being exposed to harmful chemicals.

It was amazing, as people who have worked in the final steps of bringing coffee to the consumer, to be able to learn and appreciate those who make it possible for us to do so!  We’ll be heading back up in January to participate in the academy, where we’ll do two days of classes learning the ins and outs of growing and processing. 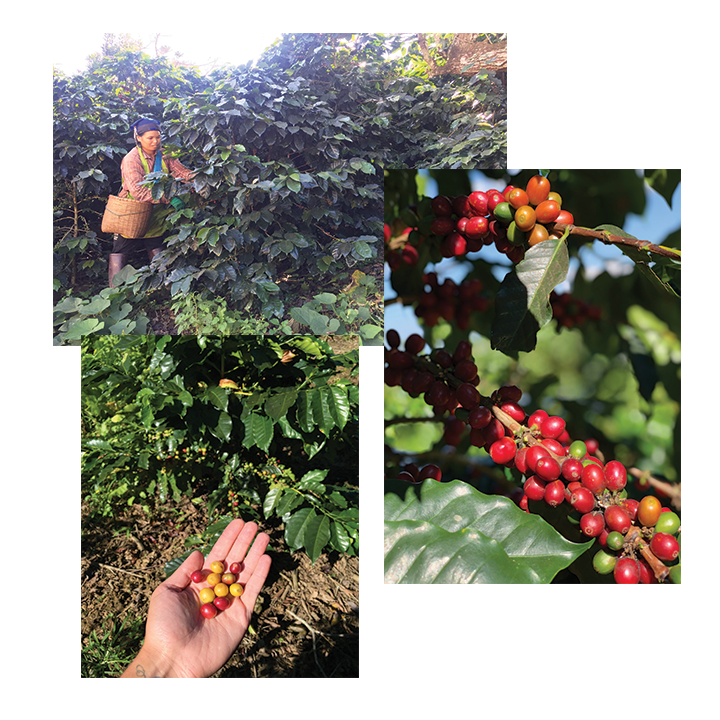 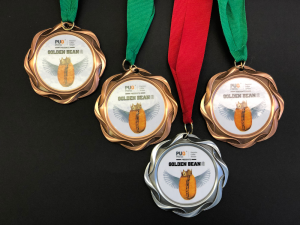 Doi Chaang Coffee has been operating out of the Vancouver area for over ten years, roasting and selling high-quality organic coffee beans from Thailand under their “Beyond Fair Trade” business model. This was the company’s first year entering the Golden Bean awards, which is the largest global roasters competition.

“We’re extremely excited to bring home 4 medals to Vancouver.” Said co-founder John A Darch, “We have been able to experiment with different roast profiles and really show off the potential of our Thai beans.” The Golden Bean medals will be added to Doi Chaang’s roster of awards highlighting their social responsibility, product innovation, and unique business model, their most recent being the 2017 Excellence in Producer Partnership Award from Fairtrade Canada.

While the two specialty profiles are not available to the public at the moment, Darch says there is a possibility that the public will find small batch releases on the website in the future. In the meantime, customers can find Doi Chaang’s highly rated blends and single-estates online and in most supermarkets, including Sobeys, FreshCo, Safeway, Fed Co-Op, Choices Market, Urban Fair and Nature’s Emporium.

Doi Chaang Coffee is an innovative, socially responsible Canadian coffee company that focuses on creating Beyond Fair Trade relationships with farmers and producers. Rated among the top 1% in the world, the coffee is the only single-estate, 100% Arabica, USDA Certified Organic, Fair Trade Certified and shade grown coffee grown in Thailand. The beans are cultivated and processed by the indigenous AKHA hill tribe in small, family owned gardens in Doi Chang Village located in the Chang Rai Province of Northern Thailand, but freshly roasted and packaged in B.C. For more information, visit http://www.doichaangcoffee.com/.

Try a Fairtrade Mocha – With a Kick!